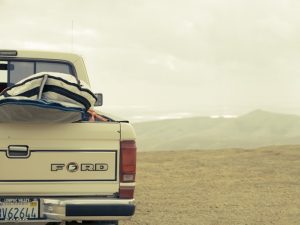 Every car has its own issues and around the world, we have seen many auto companies recalling different vehicles over the years. Some have been blamed for numerous deaths while others are blamed for just stalling and costing a lot of money. Ford which is one of the best car models is not exceptional as it has its own problems as well. With some of these problems leading to many swearing that they will not purchase another Ford vehicle, below here are some of the five most common problems with Ford vehicles.

We have seen many car owners complain about issues with transmission that has led to either transmission rebuild or repair. We have also seen many of them complaining about engine failure and this should not surprise you that Ford is not exceptional. An engine failure is one of the worst experiences especially when you are driving at 65 mph with cars speeding from behind as well. You can try stopping the car and end up rolling instead. The engine does not give a warning while turning off and funny enough, when the car is turned off and on, it seems to work quite right.

Leaving the house in a hurry and putting the key to ignition only to find that it is sticking. You recently had a transmission rebuild and you cannot imagine going back to the mechanic and spending hundreds of dollars. This is an issue that some Ford owners have had to deal with. Yes the key will get into the ignition but that is the end of it as it will not turn. Although the ignition can be cleaned, so as the key will turn it have been of great concern as you can get stranded just anywhere without a warning.

Wipers turning themselves on

Wipers on some of the Ford Cars especially Ranger happens to randomly turn themselves on. What makes it quite annoying is finding out that nothing is completely wrong with the wipers and you will have to work on them for them to stop. In most cases, the wipers turn themselves on when using the turn signals while others will turn on at anytime as long as the car is on.

Many Ford owners have complained about paint flaking or blistering not only on Ford Escape, but also on other models. It is quite annoying to have a well maintained car but there is flaking paint on it. The paint starts to bubble before it falls off. Reports indicate that the peeling of the paint normally happens at the trunk hatch and wheel wells especially of the Escape. Ford F-150 also has issues of flaking paint on its side panels and the roof.