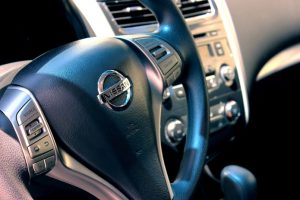 Nissan has its starts all the way back in the 1930s, and typically builds cars for the average driver. From their overall decent Altima model to their sleek looking Inifinti series, Nissan builds some very good cars for the everyday automobile driver. Their Maxima series of cars on the other hand, have not been the most popular. This is due to the problems that they face on a daily basis.

A Major Set of Problems

Back in 2006, there was an actual class action lawsuit filed against Nissan due to the bizarrely large amount of problems that the cars would be developing or would be randomly happening. For many customers, this happened on an almost daily basis. The Nissan car with the most issues? The Nissan Maxima series. Most of the issues involved the transmission of the cars.

Now to any longtime car owner, a transmission repair is something that they do not want to go through. A transmission is never cheap and they are one of those kinds of car repairs that need a professional to take care of them. So, any veteran driver will tell you that transmission repairs are not, and sometimes will never not be, cheap.

The accelerator is hard to push and hard to use when the Maxima’s transmission starts to malfunction. Without a decent accelerator it is difficult for the car just to go forward.

When doing some research on Nissan Maxima transmission problems. One common problem is the car becomes slippery on the road, making it difficult to steer and handle. Even on simple roads.

Shifting is a Now A Difficult Task

Depending on the kind of weather is, having working shifting gears is key in order to make it through snow. With Nissan Maximas, an issue with the transmission can result in difficulty shifting gears.

A strange issue that comes up with a Nissan Maxima’s transmission is with the car’s temperature.The car’s internal temperature will suddenly get warmer for no reason.

Another Repair, Another Day

At the end of the day, if the transmission on your own Nissan Maxima is having problems you will have to bite the bullet and get it repaired. A busted or malfunctioning transmission that is ignored results in far more problems. Sure, letting it go will let you save some cash, but you’ll have to spend more on a new car if the transmission completely goes out.