How Does the 2001 Dodge Ram 1500 Transmission Compare with Other Models? 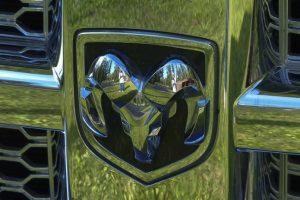 Vehicles go through peak years where they are at their prime just as they go through years where their dealership wishes they could sweep that particular model under the rug. Even though it would make sense for car dealership to learn from past mistakes and improve models as the years go by, sadly this isn’t necessarily the case. Often times a vehicle will have subsequent good year or poor year—it just really depends on the dealership and then how consumers receive the model. Though the consumer can be a fickle beast, they are usually justified when it comes to common vehicle issue, especially when it comes to transmission.

The 2001 Dodge Ram 1500 is one such car model that had seen better years. Though the 2001 model was not the worst of its make—it certainly wasn’t the greatest. The 2001 Dodge Ram 1500 has more transmission issues and consumer complaints than were reported for other years of the same model. This is especially true for earlier years of the model, which seemed to be very sufficient in consumer reports. This being said there are not too many consumer reports and complaints on the model in general since it is an older version of the vehicle. Below are the more common transmission issue that were experienced with the 2001 Dodge Ram 1500.

The 2001 Dodge Ram 1500 experience a wide range of automatic and manual transmission related issues. Many consumers complained of minor, more miscellaneous issues to large scale ones. A common transmission malfunction that appeared to be common amongst consumer reports for this year was the gear not shifting correctly for manual transmissions. This is a common transmission issue that is experienced amongst any car with a manual transmission. If your vehicle is exhibiting signs of hesitating or lagging when you try to shift it between gears, then you should get it inspected by a trusted automotive service as soon as possible.

While the 2001 Dodge Ram 1500 is an older model, it still used and driven by the consumers. It may have more issues than previous and subsequent years, but as long as you look out for common issues you should be able to address them before they become more of a serious problem that leads to complete transmission failure. Try to stay ahead of any transmission problems by visiting a trusted service, such as Twin Charlotte.