How Does the 2001 Honda Accord Transmission Compare with Other Models? 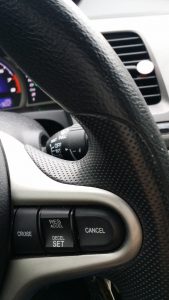 There are so many reports of transmission failure with this model that it probably isn’t even worth buying this car. It costs about $4,000 to fix the transmission and most people have had to get the entire transmission replaced in order to get the car working again. Compared to models such as the Honda Fit and the Honda Element, the Accord has an awful transmission. The Fit and Element actually have fairly good transmissions and they will last for a very long time.

Although the Accord is known for its transmission problems, it has pretty bad engine issues, as well. The check engine light is often on and most times, it is because the transmission needs to be fixed or replaced completely. When the engine of the car is cold, the accelerator tends to stick. This is not something that any car owner wants to deal with.

The SRS light tends to malfunction with the 2001 Honda Accord. It often costs about $700 to fix the airbag or seatbelt issue that is causing the issue. The average mileage on a Honda Accord when this problem occurs is about 90,000. However, the issue can occur at any mileage.

This car needs to have a lot of body work done because the paint peels easily. While there is no estimate on the total repair cost of the paint, it is safe to assume that most owners get the car repainted when the paint peels. Others just tend to deal with the peeled paint. However, you should not have to deal with a car that has peeled paint. The solution is to just buy a better car.

The 2001 Honda Accord has been reported to have terrible transmission problems, body and paint problems and SRS system airbag and seat issues. It is defined as a money pit and carcomplaints.com states that it should be avoided by the plague. Buy a more expensive car because it will be cheaper than all of the money that you will have to put into this car. If you want more information on this car make and model, then consider calling a Honda car dealership and requesting more information about it. Invest your money in a good car. It will make you happier and safer in the long run.