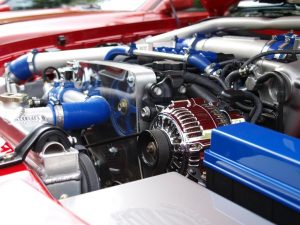 Toyota has had some pretty terrible cars over the years, but none are worse than the 200 Toyota Camry. If you own a 2007 Toyota Camry, then you have to understand why exactly it was one of the worst Toyota Year/Models out there. Continue reading to find out the flaws of the Toyota Camry and why the contributed to the car’s failure as a vehicle.

Its Engine Problems are Through the Roof

The Toyota Camry is leading the charge when it comes to oil consumption. Toyota models already overconsume oil as it is, but the 2007 Camry needs oil changes a lot more often than other Toyotas. On top of this, the car just seems to have more engine deficiencies than other models from the same company. If the car had been made with a better engine model, then perhaps it would not be as bad as it is.

The interior accessories problems of the 2007 Toyota Camry are the second worst thing about the model. The model tends to have problems with interior dashboard melting, especially when the car is overheating or it is left under the hot sun during the summer season. The sun visor also tends to break often and the dash cluster malfunctions a lot. Interior accessories are not crucial to a car, but having problems with them can cause annoyances to the people who drive the car.

The Brakes Are Awful

The brakes on the 2007 Toyota Camry are absolutely awful. Not only is the brake booster not functional, the rotors are also warped. Warped rotors and a broken brake booster can cause serious accidents and, if not handled quickly, the damage done to the brakes can make the car become a money pit for the owner.

The transmission problems of the 2007 Toyota Camry are not the worst in the world, but they can still drive an owner of this model absolutely crazy. When changing gears, the engine tends to rev up and jerk while also making a lot of noises. This can cause a person to be concerned about the car and whether or not the transmission is going bad. The transmission also tends to slip and it has a lot of downshift hesitation. All of these problems combined can make for a very shaky drive for anyone who drives this car model.

The 2007 Toyota Camry has a few more problems that make it one of the worst Toyota year models to date, but these four issues are the worst of the worst. A bad brake and transmission system is probably the worst combination when it comes to making sure whether or not a car is safe. Without a way to stop the car and no way to shift gears, the driver can easily get into an accident. So, if you are on the market for an older car model and you come across the 2007 Toyota Camry, you probably should not buy it if you don’t want to have a car that’s an unmanageable money pit.