The Worst Used Cars to Buy 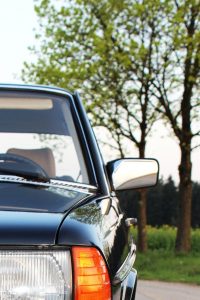 For many people it is difficult to find the funds to purchase a vehicle that is brand-new, but that isn’t the only viable options car owners have these days. Many dealerships have cars that were previously owned but were sold back to them, usually as a trade-in. These used vehicles are of varying qualities and ages, yet can still function as a good all-around vehicle. When deciding what car to purchase it would be beneficial to do research on both new and used cars to find what would best fit your needs. To assist you in your search below is a list of the worst used cars to buy.

The Kia Sedona was introduced in 2000 as an attempt to draw-in consumers who preferred minivans. Despite some of its more adequate qualities, such as a decent overall performance and a versatile interior, it has a few drawbacks that are difficult to overlook. The Kia Sedona has a sub-par fuel economy as well commonly reported issues, such as problems with the brakes and electrical system. If you are still considering purchasing a used Kia Sedona, be sure to avoid models from the years 2002 and 2005, which are two of the worst years for the vehicle.

Despite being one of the first minivans on the American market, and the vehicle being around for decades, there are many reliability issues with the vehicle that exist. Some of the more common issues that were experienced were issues with the brakes, electrical malfunctions, and transmission failure. Despite these flaws, the vehicle still remains popular because of its Stow N’ Go seating system.

The Chrysler PT Cruiser was manufactured from 2001 through 2010, and was popular due to its cool appearance, large cargo space, and useful interior. Despite these features the vehicle boasted, it also had many issues that make it a poorer choice for consumer to purchase. The Chrysler PT Cruiser has poor fuel economy, sluggish performance, and poor reliability.

The BMW X5 was introduced in 2000, and has been fairly popular with consumers as a used car, even though it is a more pricey option. The vehicle boasts a stylish exterior, among other features, that make the price worth it to some consumers. The BMW X5 is not without its issues, however. The vehicle has reliability issues affecting models from all years that range from the integrity of the body of the vehicle to problems with the electrical system.

Whenever you shop for a car, whether new or used, it is vital that you don’t fall into a trap of purchasing an unreliable vehicle. While some used cars may provide years of reliable transportation, some models are better left alone. For all your used vehicle needs, visit the website for Twin Charlotte today!