Transmission Complaints: Is the 2015 Chrysler 200 Worth Buying? 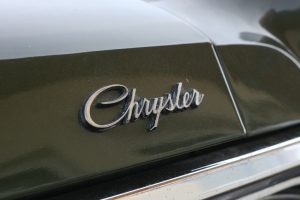 Are you looking for a brand new car that is from this current year? Then the 2015 Chrysler 200 might be one of the cars you look at it. However, there have been some transmission complaints that have really affected the car’s overall performance and value. It is your decision on what type of car to buy, but you can decide for yourself whether or not the 2015 Chrysler 200 is worth buying.

The 2015 Chrysler 200 has generally favorable reviews due to its overall performance. It has a strong engine that holds out for long distance trips. Along with this, it is easy to drive and handle the steering wheel in comparison to other vehicles of a similar model from the same company. Its inner accessories and materials are high functioning and favorable to many other vehicles out there. Finally, even though front wheel drive is the initial wheel function of the 2015 Chrysler 200, all-wheel drive is available for the vehicle.

There are not too many cons to this vehicle, which may make it a better buy in your eyes. There have been transmission complaints few and far between, but they have still been made nonetheless. The car also has less passenger room than other sedans of the same size. Also, the 2015 Chrysler 200 has a highly underwhelming four cylinder engine performance. So, while its V6 engine is strong and holds out for a while, it does not live up to its four cylinder engine capabilities.

A person who buys this car will generally pay about $25,000 for a base version of it. If you want a fully loaded Chrysler 200 with all of the features and all-wheel drive, the cost will probably sky rocket to about $35,000. If you want a minimal amount of extra features such as HD radio and navigation, it’ll probably cost about $1,700 extra. While it is not a sizeable difference, it can make or break a deal between a buyer and a dealership.

The 2015 Chrysler 200 is one of the cheaper midsized sedans out there, but if you are on a budget, you might want to consider buying an older version of the same, or similar, model. It might not have all of the up-to-date features that the 2015 one has, but it’ll function in a similar manner. Your other option is to buy the car used. Whichever option you choose, make sure your budget can handle it.

Although the 2015 Chrysler 200 has a few complaints about transmission and engine performance, it is overall a very nice car. It is absolutely worth buying because it isn’t too pricey and has interior accessories that make it all worthwhile. If you can’t afford the car due to your budget, try buying it used or buy an older model of the same car. Whether you buy the car or not, make sure to test drive it before buying it to make sure that it is a car you could see yourself driving. Good luck.