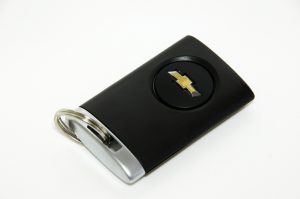 As 2015 comes to an end, it’s important to look back on this year’s cars. While some were successful, others proved to have more prevalent issues. It’s good to be familiar with cars that showed signs of failure to ensure that your future purchases are made with the most educated analysis possible. Buying a car is a huge investment, and is crucial to your safety as well as to the safety of those around you. You want to make sure you are fully aware of any issues a car may have. A dangerous issue that can be more common than you think is a failing transmission. One car that is particularly susceptible to this problem is the 2015 Chevrolet Colorado. Read on to learn about transmission fails and how the 2015 Chevrolet Colorado was affected.

What is Transmission Failure?

The transmission is one of the most structurally complicated pieces of machinery in a car. Due to their complexity, they can be complicated and sometimes costly to fix. If the fluid levels aren’t maintained, you may experience the inability to change gears or start your car. If you find fluid under your car that has an unappealing burning smell, it is likely a sign that your transmission is leaking. A faulty transmission can also cause a delay in responsiveness from your gears or steering abilities. This scenario can become extremely dangerous on the road if you cannot control your car. The fact that a new 2015 vehicle had so many complaints about transmission failure is unsettling.

Customer Complaints About the 2015 Chevrolet Colorado

On an online forum that allows customers to share their car experiences, the 2015 Chevrolet Colorado had a list of complaints. The one that was most universally experienced was transmission failure. Users complained that the car was having trouble downshifting from 3rd gear to 2nd gear while traveling at around 30 mph. The customer discovered that the torque converted was defective and needed replacing. Many customers complained that they were told to give the car about a thousand miles to “learn how you drive”. However, after several thousand miles with issues still prevailing, many found that the transmission was at fault. People mainly had trouble shifting gears and heard an unsettling grinding noise at times. These issues can cause serious hazards on the road, especially when moving at high speeds. While going with a newer model may seem like a good idea at first, make sure you do your research first to discover issues such as these.

Whether you’re shopping for a new car, or simply want to stay up to date on new models and their success, it is important to consult with those who have previously driven the car. You may find that they are dissatisfied with the vehicle and have faced many issues. You can save yourself time and money by avoiding such cars. However, you may find yourself behind the wheel of a car that is having unexpected transmission issues. If this happens to you, don’t hesitate to contact a mechanic who specializes in transmission repair immediately.