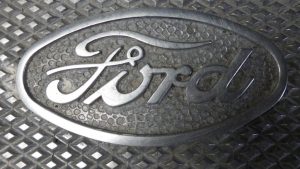 Nothing is more frustrating than having a transmission whose gears refuse to shift. You don’t want to have to put all of your strength and energy into moving a transmission clutch that just will not budge. A new car should have a nice and smooth transition when you shift gears. The 2014 Ford Focus is not the type of car you want to buy if you want a good gear shift.

Some people have had problems keeping in control of the 2014 Ford Focus. For example, it sometimes lurches forward at speeds that drivers can’t control, causing it to crash. A car this dangerous should not be put on the road, which is why it was recalled due to its numerous transmission issues.

This sort of makes the car a money pit. Although it doesn’t cost much more than $20,000 for a base model, the amount of repairs that the car will go through will probably cost much more than the starting price of the vehicle. If you are looking for a cheap car, it is probably best not to go with the 2014 Ford Focus. You want an affordable car, but not one that will bankrupt you over time.

The 2014 Ford Focus has a good feel to it initially and it drives really well, but its clunky dual clutch transmission is enough to drive a person crazy. It is very jerky and it is hard to keep control of the transmission while driving the car. Along with this, the transmission gears tend to stick and will not shift when they need to.

Having a car with bad transmission is worse than having a car with dents all over it. At least it’s a quick fix to get rid of physical damages. You can drive a car that has physical problems, but if it has interior issues, the car will eventually become worthless with all of the repairs that have to be made.