The Most Common Problems With Automatic Transmissions 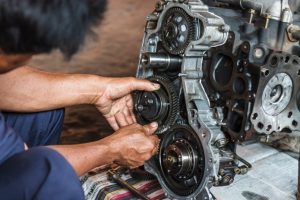 The amount of cars on the road are pretty astounding nowadays. From the big and, for lack of a better, manly SUVs to the packed to the gills with family mini-vans to the speeding as fast as light sports cars, the highways and roads across the United States have just about everyone driving. There are all kinds of magazines and television shows that are devoted to cars as well and commercials for the latest and greatest cars. We live in an age where technology has advanced so far that even those who do not have a liscense can drive, thanks to autonomous cars. Needless to say, cars have dominated people’s lifestyles and only seem to be becoming more and more relevant.

That being said, even with all the great features that cars can provide everyone with, it is unfortunate to know that car repairs can happen at any time. From car crashes to weather related incidents, all drivers have to face the facts that car problems are going to happen like with anything. Any car owner will tell you that car repairs will be the one of the worst things that they can deal with. Mostly because there are car shops that charge way too much money for something that can be easily fixed.

Luckily for most car owners, there are hundreds of DIY websites that will help any aspiring mechanic with fixing cars. Although, sometimes there are just repairs that only the professionals should handle. One such repair is repairing the transmission.

An automatic transmission is something very complicated, that actually does a lot of work for the car. It is the one part that generates power to parts of the car. Getting it repaired can cost a lot of money, regardless if professionals need to look at it or not.

Twin Charlotte is an auto repair shop in Charlotte, North Carolina that has a specialization in transmission repairs. However, most major cities and towns in America have their own repair shops.

Transmissions are a common issue with cars, and there are several common issues that every driver will face.

Some common problems with transmission

If the car is hesitant to even start a little bit, than the transmission may have to be replaced. That is only if this is a recurring issue.

Noises can include, whining, humming, clunking or even just random loud noises.

One of the most dangerous issues with a transmission is leaking engine fluid, but it is pretty common with transmissions.

Refuses to Get Into Gear

A transmission also helps the car get into certain gears, like park or drive, and a malfunctioning transmission will cause this problem to happen.

Slipping All Over the Place!

A screwy transmission can result in the car’s handling no longer being the best.

One repair no one likes getting

Repairs for cars are not fun, mostly for the amount the repairs are going to be. Sure, there can be an option for someone to repair the car itself, but with something like a transmission, it is always good to leave to the professionals.