The History Of Chrysler Problems 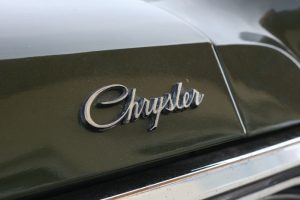 Just like any other type of car, Chrysler has its own problems that have frustrated its clients. There have been complaints about several common problems that Chrysler owners have faced. It could be about transmission, oil leakage and consumption and the gear getting stuck in park. All of these problems are not unique to the Chrysler cars but they are quite common. Below here is the history of Chrysler problems.

Some have complained about the car surging forward while stopped, car stalling when in parking or at stop sign without giving any dashboard lights to at least indicate what could be wrong. What makes it worse is the fact that you cannot be able to tell what the issue really is, whether it is oil sludge all over the engine or it is just another transmission issue. The engine happens to shut off completely and the worst part is that if the car gets involved in an accident, the fate of the occupants would be worse as even the air-bags cannot deploy. When you have no idea what the problem is, it keeps you worried as you do not know how unsafe that is. It can stall while at low speed, going uphill or simply at any point.

The engine shutting off completely is not the only reported problem with Chrysler. Consumption of too much oil is an issue that many have not been able to deal with as they have to check the oil on a monthly basis. The issue is that with all that consumption, there is no leakage. This may result to the car emitting smoke where accelerated or when it is started.

Transmission issues due to water intrusion

Transmission being one of the most important parts of any vehicle, having a problem with it can bring a day to a standstill. Chrysler cars have also been reported to be having water leakage into transmission issues that come from the dipstick tube. This causes fluid contamination and if the transmission is not repaired in good time, then it has to be rebuilt which can be quite expensive. A Chrysler owner has to be quite careful and ensure constant care of the car as you will find that most of the extended warranties do not cover damage by water intrusion. You should always check on any abnormalities in the engine.